Infernal Underground is an Old School FPS developed when I made my own Development group called Darkware Game Studios (The same team that after becomes part of the Formerly HeXentic Games called now W Studios Chile). I worked in the project since July 2010, and I’ve spent most of the time planning, but the development process started in early April 2011 where a competition organized by the old community of gamedev.cl made a challenge to make a game with free theme and we participate with the beta version of Infernal Underground.

When beta was published I started a work in 2013 with the idea of redesign and re-texture the whole game, also it includes the next levels to complete the game in December 2013.

I made the whole design of the game, Level Design, Story and programming of the level scripts in any of the maps.

Cube 2 Engine is an Open Source Engine so even I spent time in programming, I made a Save System with an Achievement system for the game. Also the scripting to include personal content such as music and textures.

I started some documentation for future levels in the game, adding  some level constraints and guidelines for the future level deveolpment. I recovered an early stage document that I’m sharing it now. The document is incomplete but this was my first approach in a personal project to do level preproduction. 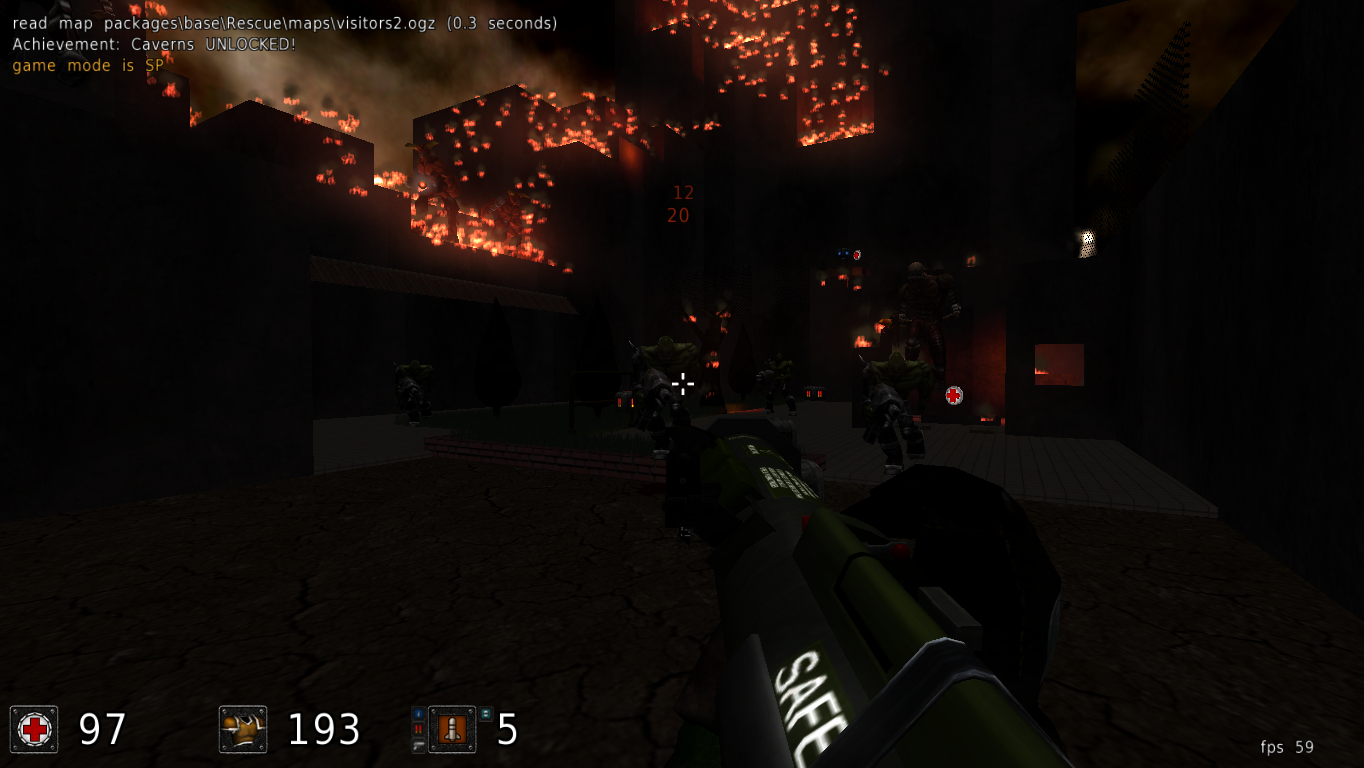 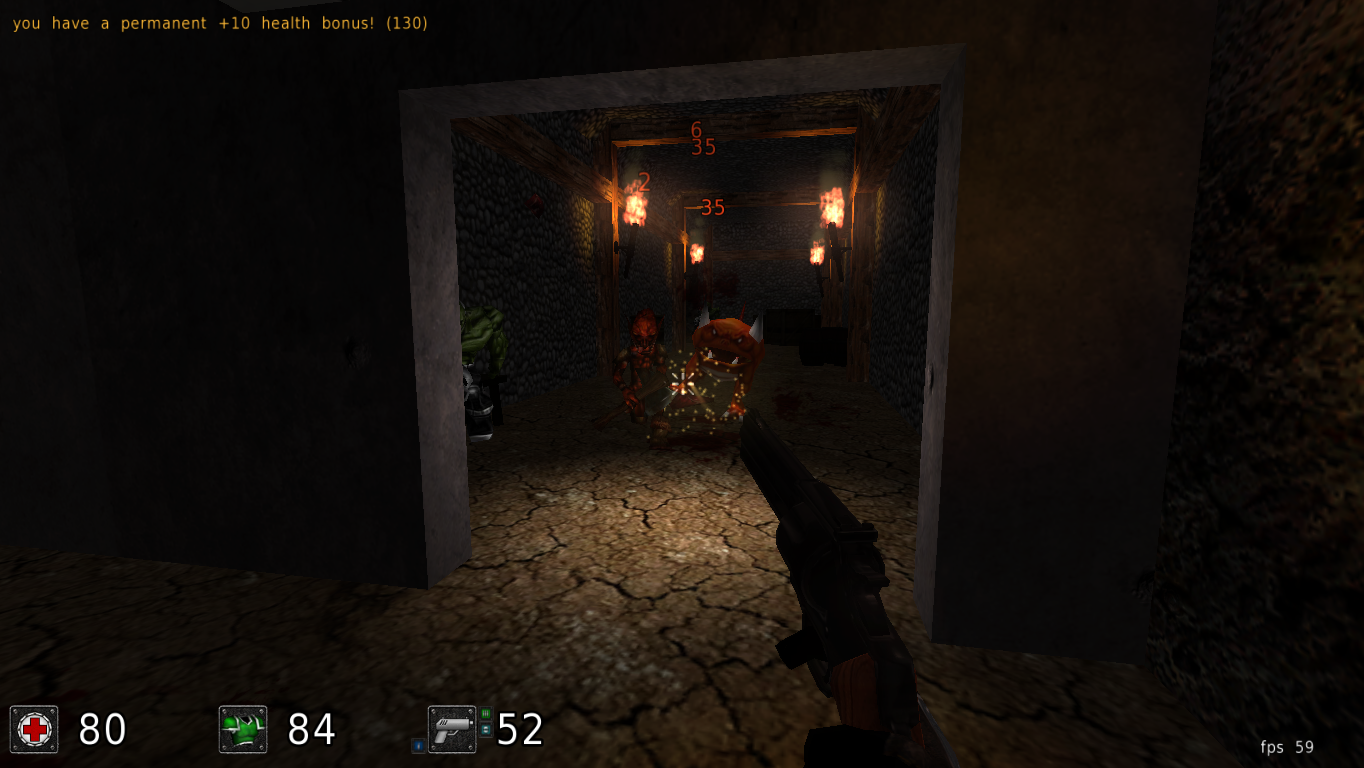 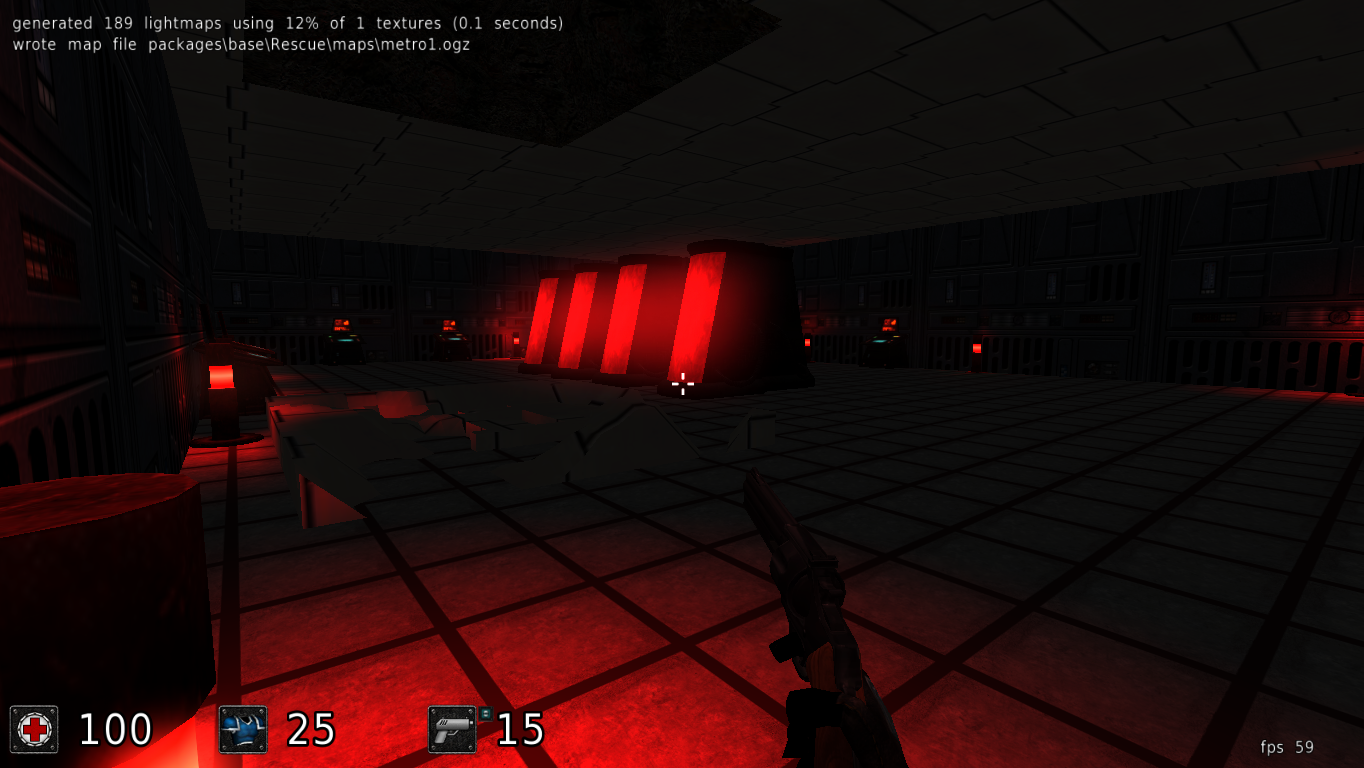 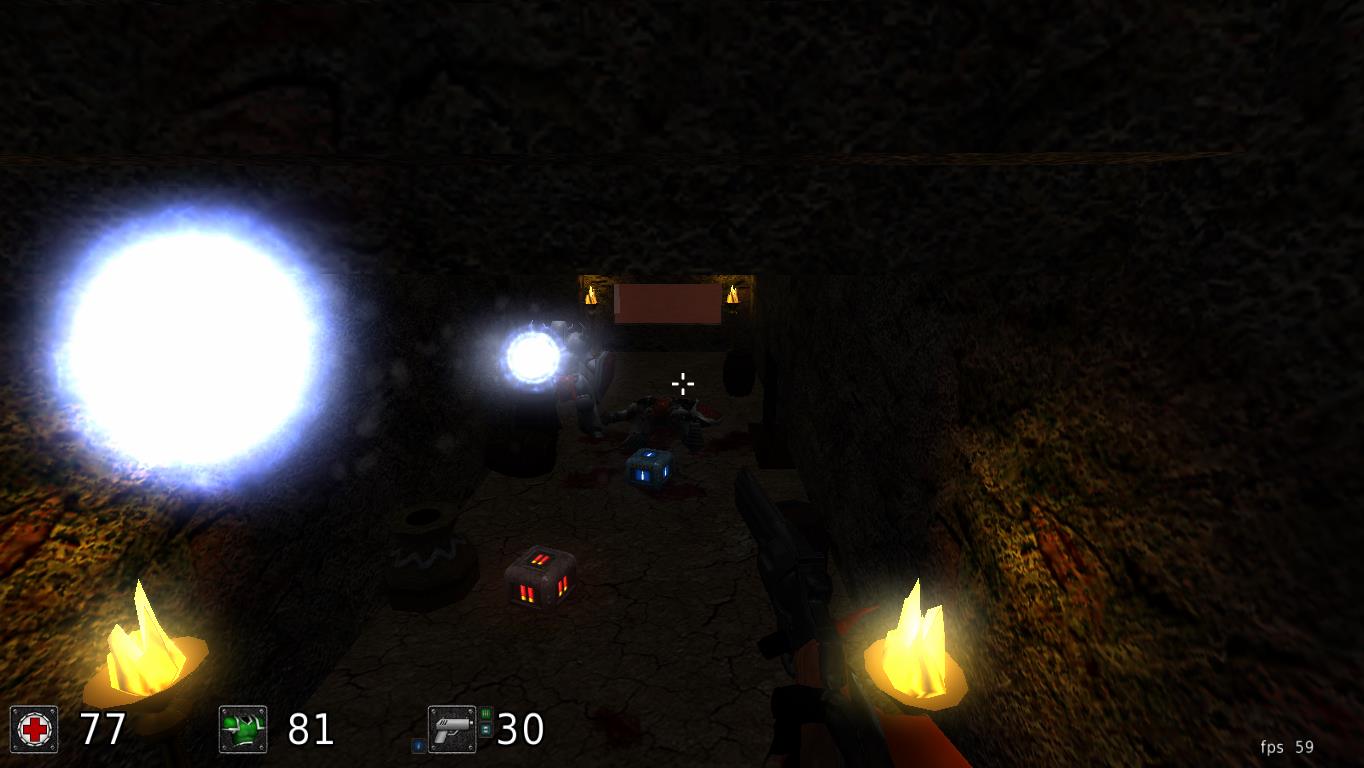 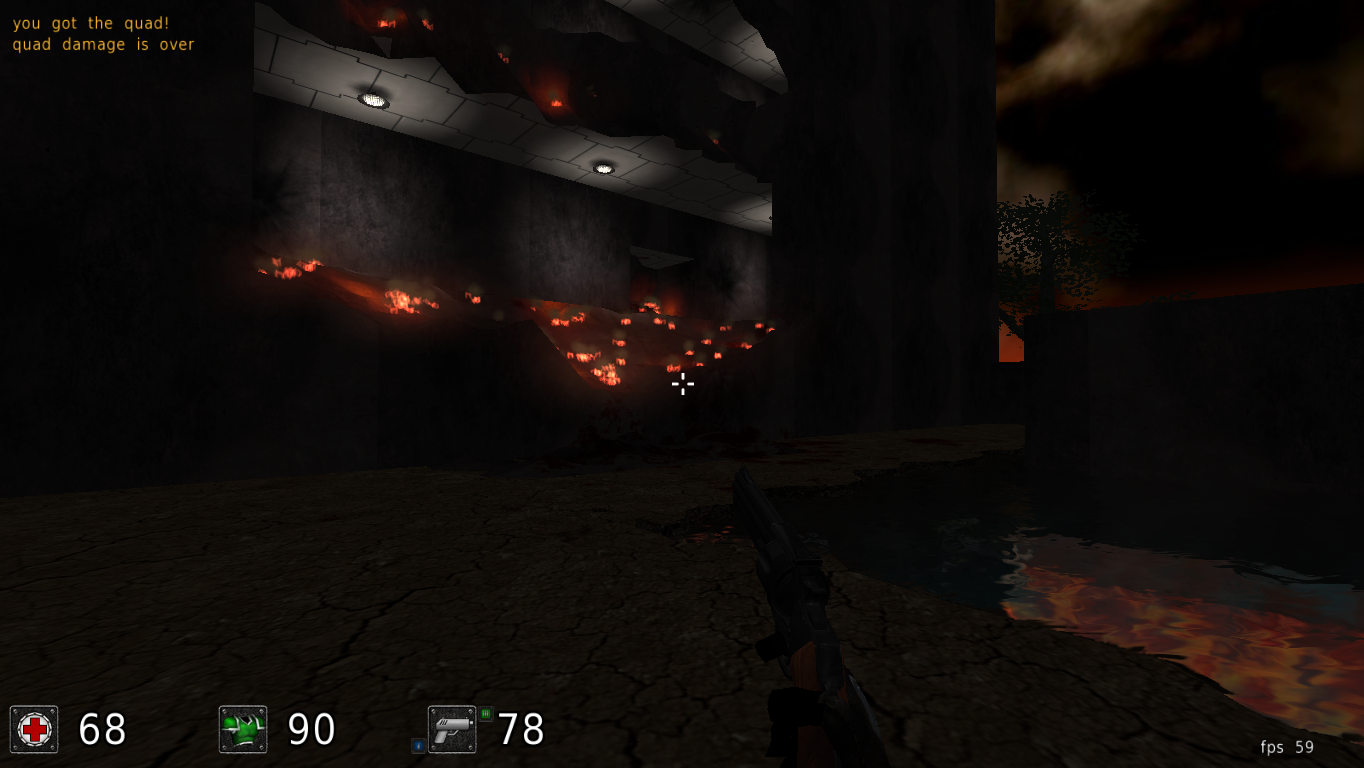 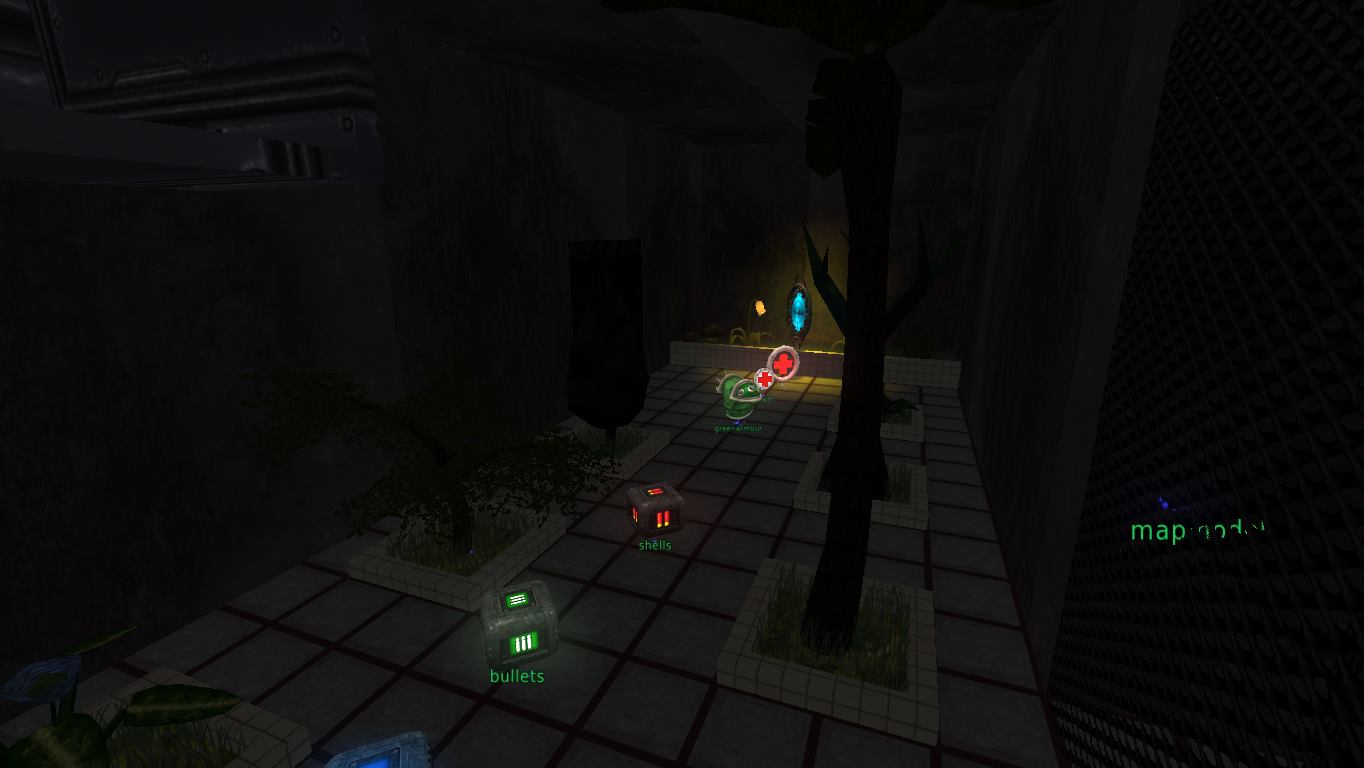 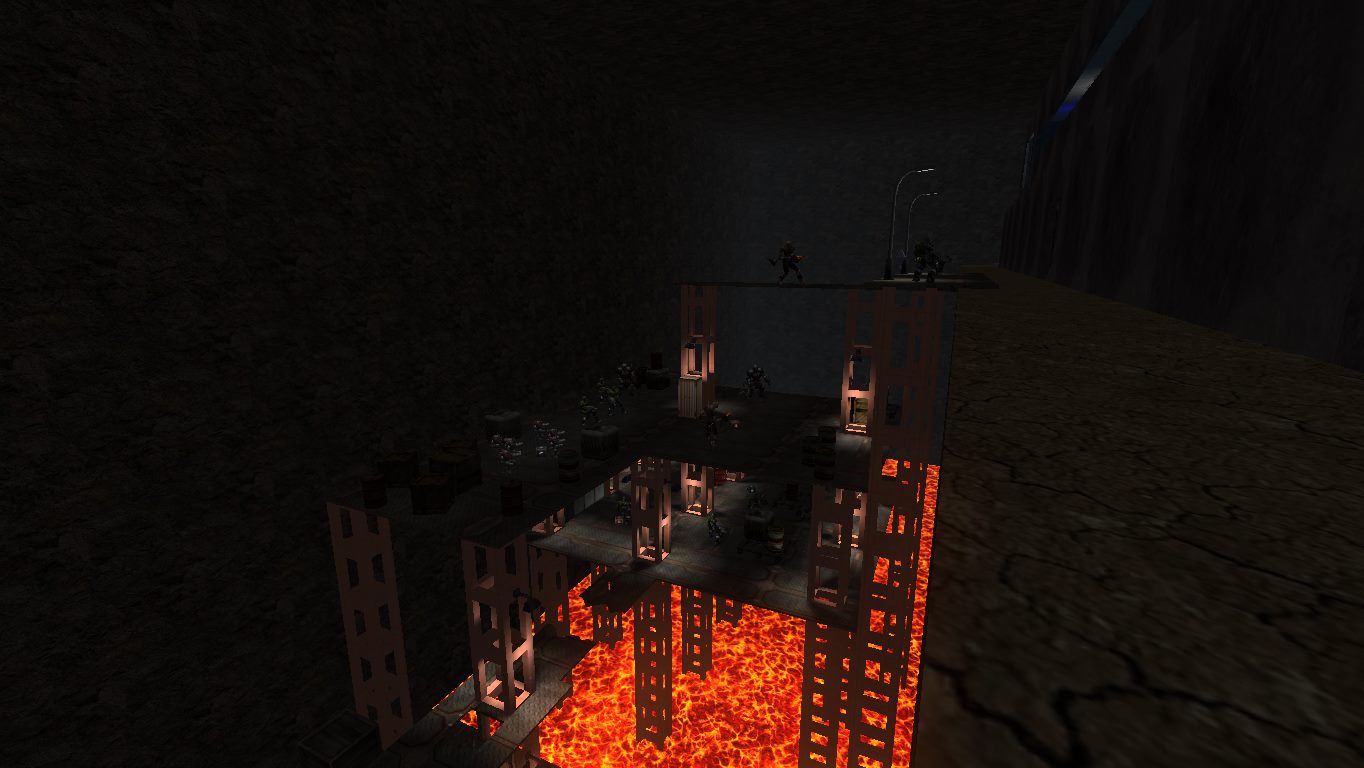 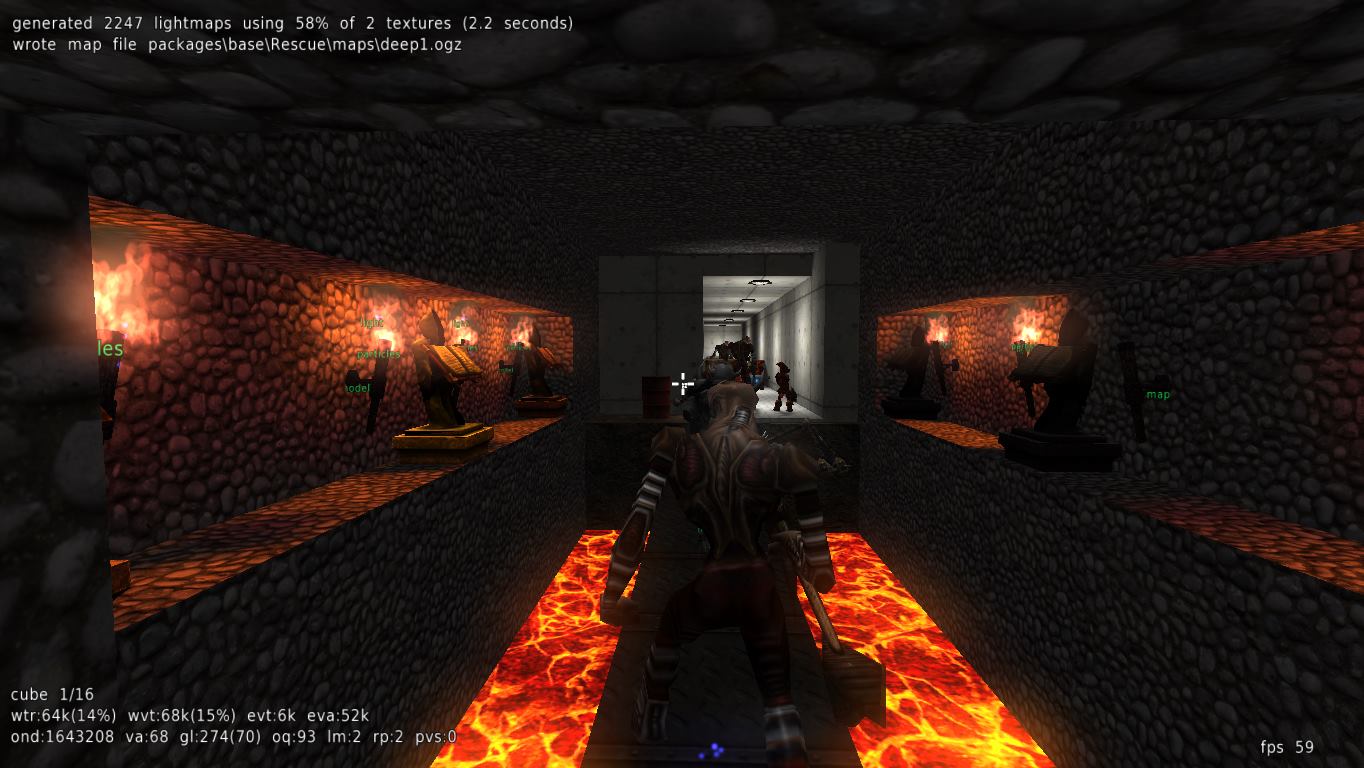 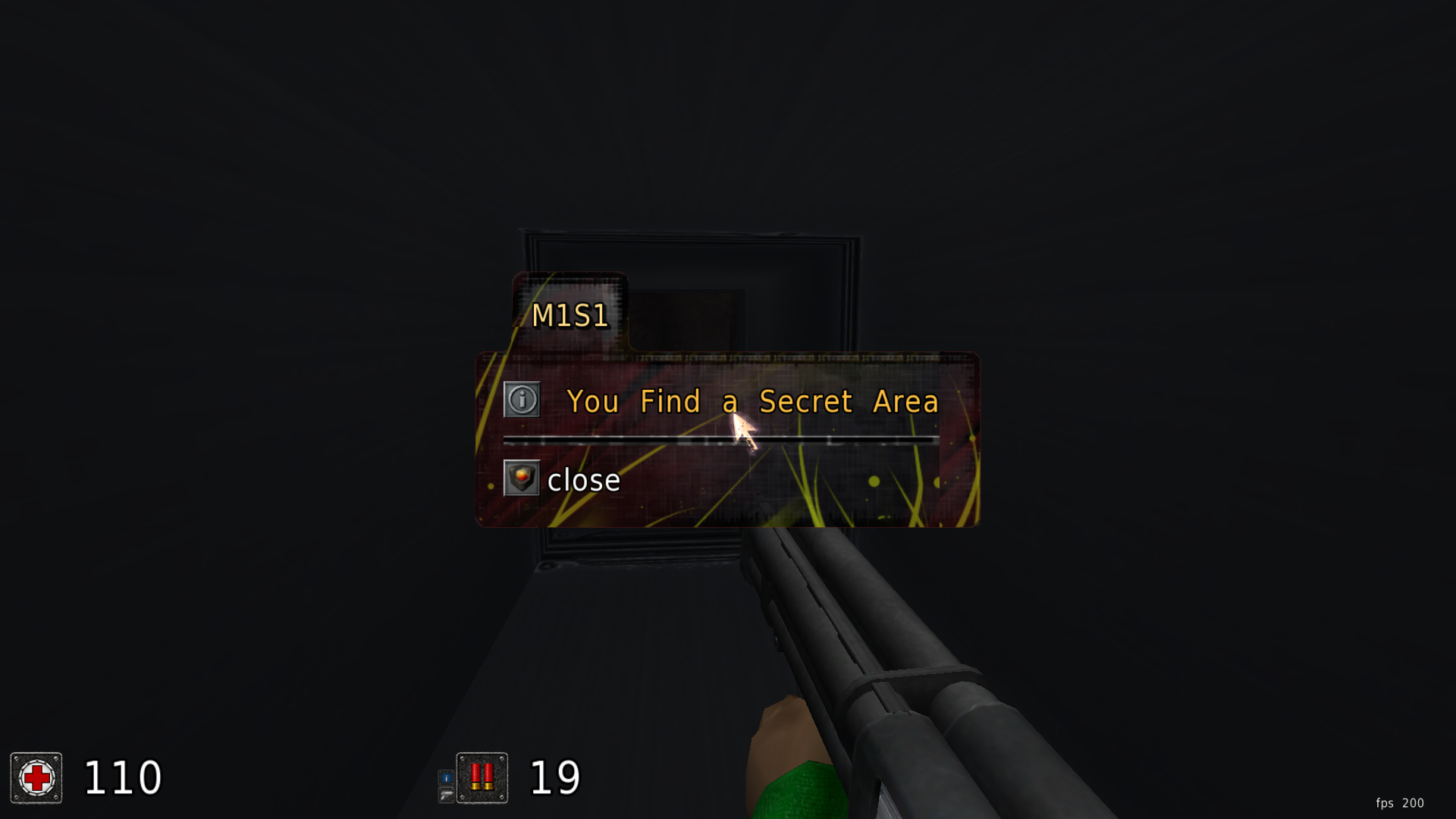 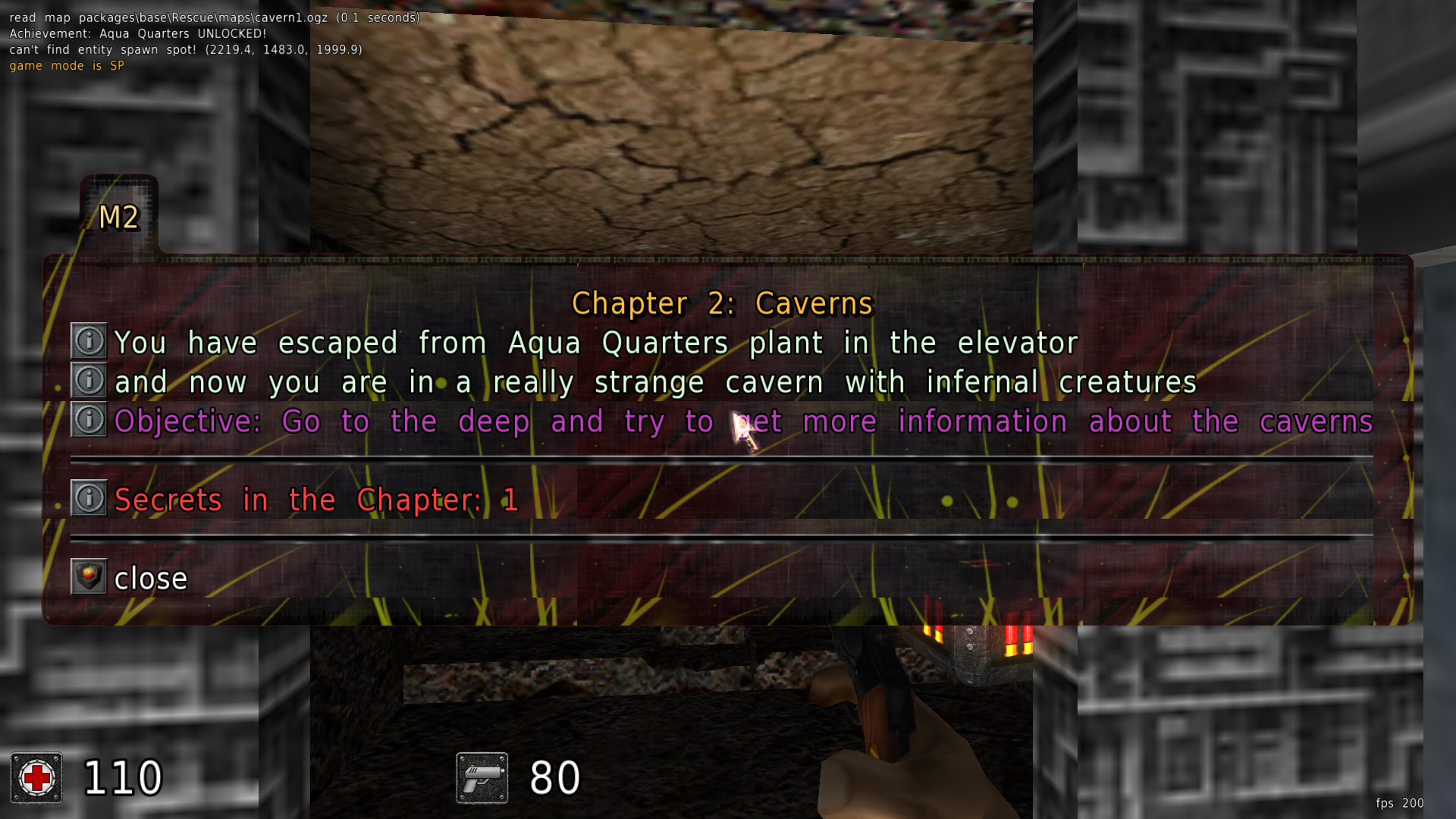 While you play the game some UI’s will appear giving you information. At the begining of each chapter there’s a brief story of what happened or what’s happening and also the objectives for the chapter and the number of secrets areas inside the chapter. In some cases it triggers the completion of some achievement.

I made this game while I was studying at INACAP to get my degree as a Computer Engineer. In one of the classes I’ve got the chance to work under a project that can solve a need and I used the instance to work in an Achievement system and Save Game System for Infernal Underground. Allowing the people to continue the game after a pause. The project also was intended as the first step to create my own technology for game development. However I didn’t have the knowledge to continue the project and then I abandoned it. The Save Game and Achievement system are included in the release of Infernal Underground with some minor changes in Gameplay aspects and physics. 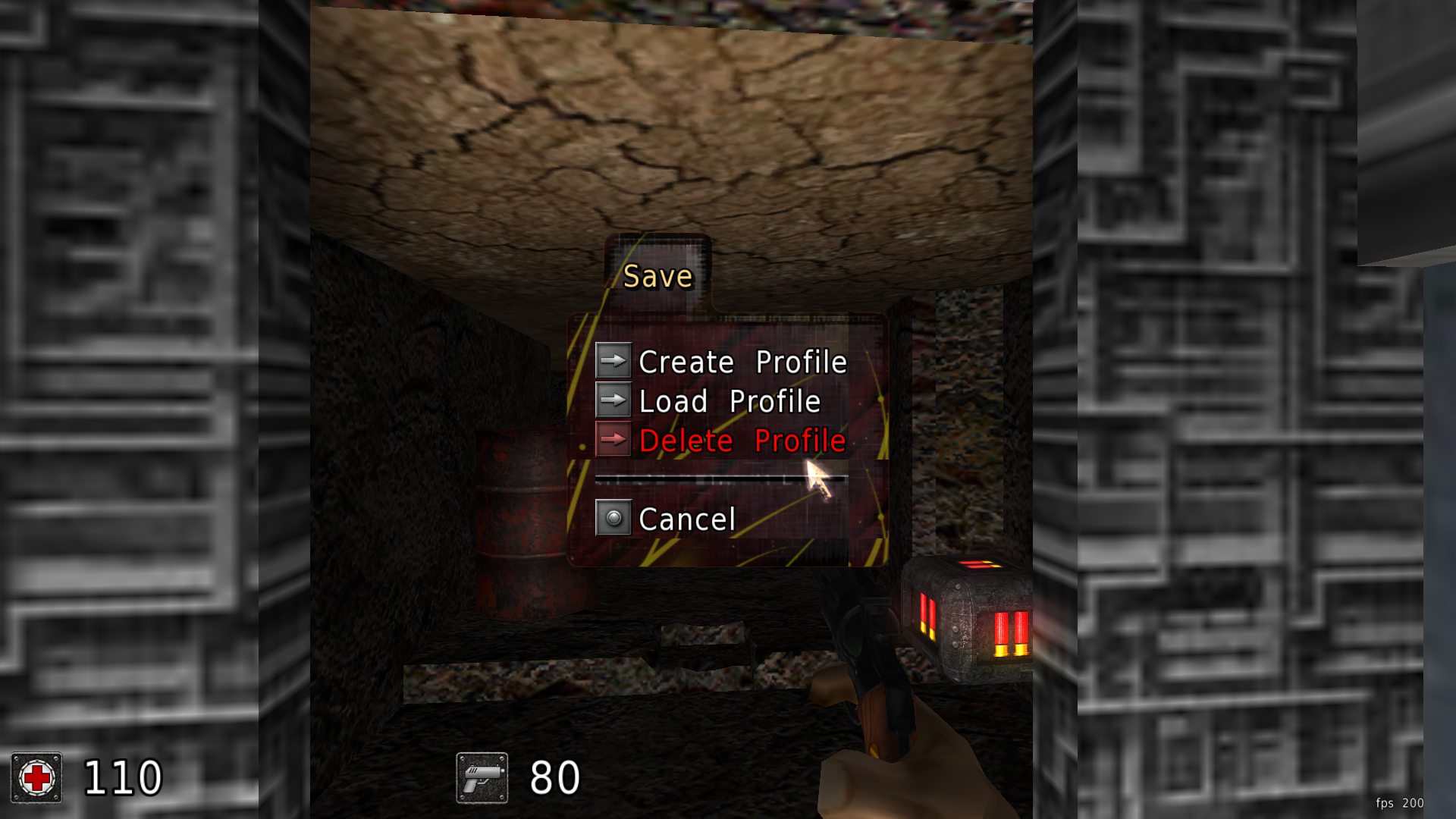 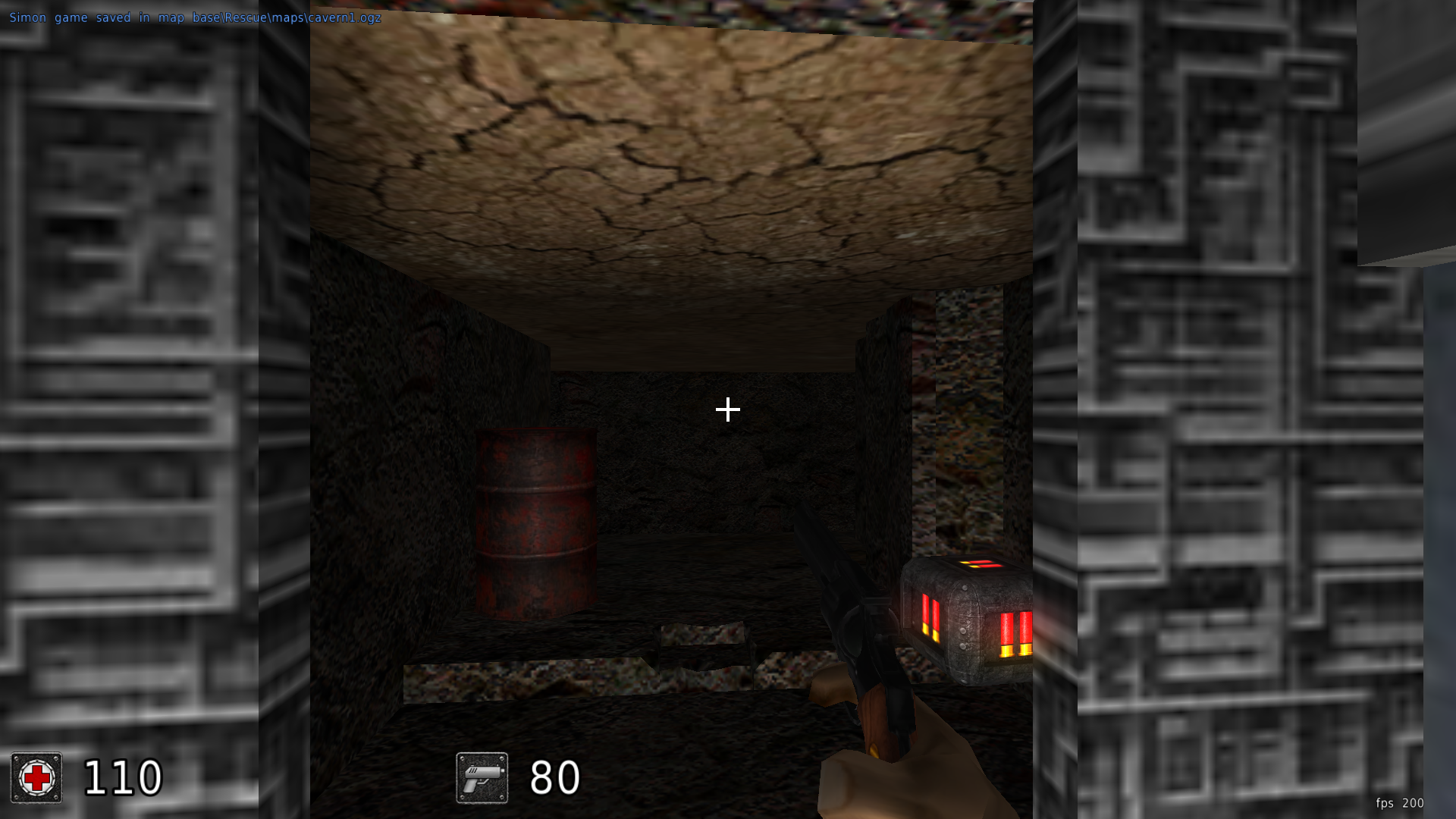 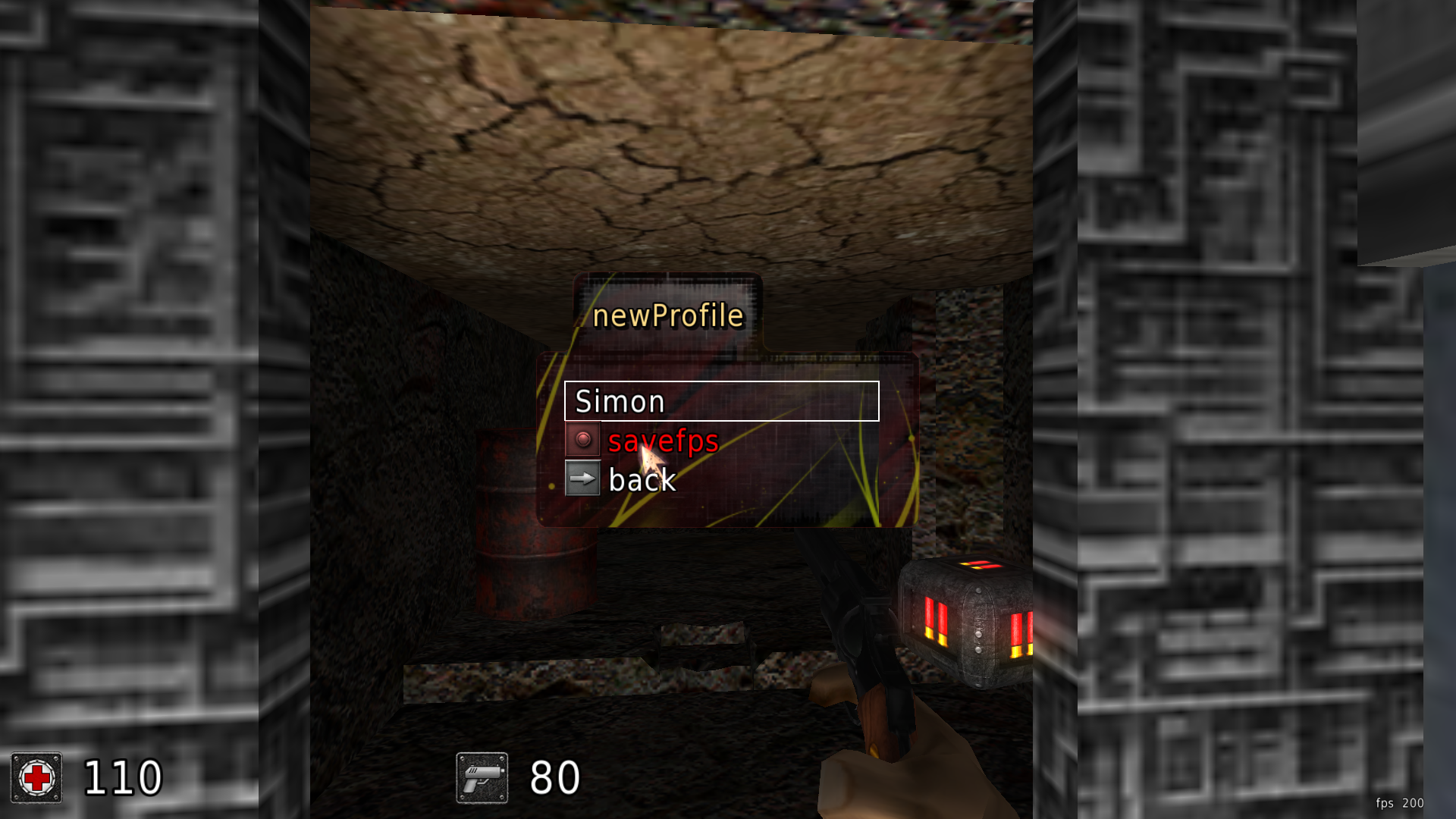